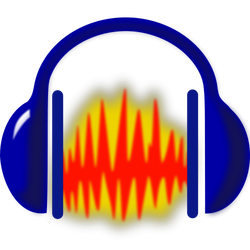 How would I use Audacity to support my own teaching?
I think that this would be fantastic for assessment purposes in a number of curriculum areas including literacy and modern languages. It could also be used as evidence in oracy based lessons where the focus is on the speaking and listening as opposed to writing.
In literacy the children could use this software to make their own radio programmes, make their own audio books and also to record debating sessions which could then all be listened to again.

This could be then be used as a start point for discussion where children could talk about what they had heard and improvements that could be made in future recordings.

It is also a fantastic tool for auditory learners who are able to absorb more by listening to materials. Other types of learners should also be exposed to audio files in order to provide them with a broad range of experiences.

My Experience of Audacity
During my undergraduate degree at the University of Manchester in English Language and Spanish, I pariticpated in a module called: Spanish Creative Writing.

We were expected to write and record a short story in Spanish.

Some of the stories written by the participants were then selected to be published in a university publication, of which mine was one.

To read and listen to my story, 'El Secreto de Sanlúcar', click on this link